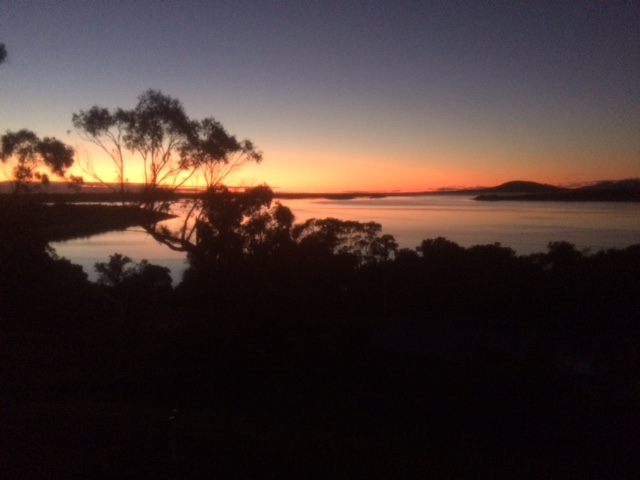 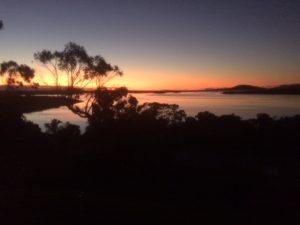 On Flinders Island we’re not yet at Day Zero. We’re still allowed to go about something that vaguely resembles our daily lives. The virus is not here. Yet. The sun keeps rising in the morning and sets every evening and we’re grateful it’s not the windy season. Yet.

Indeed, the days have been lovely. We sit, just a few at a time, at the long table in my newly grassed yard under a near-cloudless sky chatting over a late-afternoon drink. Such small private gatherings are not recommended but haven’t been banned. Yet. Our national broadcaster clarified the rules, I checked: ‘If you are having people over, there should only be a very small number of guests. So there should be no barbecues, parties and big dinners with friends or extended families.’

The community here is divided into (at least) two camps: those who are trying to follow the social distancing rules and those who either don’t care or who are firmly convinced it won’t cross our shores, it won’t even batter on the gates to what they must believe is our fortress. At my table we sit at least 1.5 metres apart. I use bleach to clean the hard surface of the table, often, and perhaps for the first time in my life. It’s difficult to find topics to talk about that are not to do with the virus.

I’m told about people, just returned from the Australian mainland who, for whatever reason, don’t feel the need to self-isolate. Some are not technically doing anything wrong: those who came home before the Friday night deadline after which returnees are required to self-isolate. Then I’m told about people who have come back since then. There was a woman who, on Tuesday, got off the plane from Melbourne, walked straight into the butcher’s shop ignoring the instruction she was given upon disembarking to go straight home. She also sailed past the sign outside the shop that requested people enter one at a time and not come in at all if they haven’t been on Flinders Island for more than fourteen days. She was asked to leave; people here know where you’ve been, who you’ve been with and sometimes what your pin number is. She was told to phone in her order and have it delivered. Information that was also on the sign outside. It was OK, she said, she was going straight home but just needed a few things first.

Things are better here than elsewhere: I can, after all, still go for my daily walk up Vinegar Hill. I can, if I need to, visit the Lady Barron Store, if there are fewer than ten people inside. The tables outside the store are stacked against one wall, mournful testimony to the ban on public gatherings. For years, until a couple of days ago, members of the ‘Coffee Club’ have sipped and traded gossip each morning on the store’s patio. Did. Past tense. Coffee is now sold only as take away after the local policeman – with his new powers of enforcement – shut down the space as a place for public gathering. I’m told, as I sit on my own patio nursing a glass of wine, that some of them gathered by a nearby fence instead.

We don’t have it here. Yet. We wait for it though, for that first phone call, or reliable Facebook post. A friend from Melbourne rang from his self-imposed quarantine: he is a card-carrying member of just about every high-risk group there is. He sounded alarmed: am I OK? He’d just read on Facebook that Flinders had its first case. No, I say puzzled, I’d have heard. I put down the phone and relay what he said. Ah, I am told, someone (who should have known better) heard about a case at one of the places called Flinders in South Australia; the post was removed as soon as it went up. Almost.

It may be better here than elsewhere but it’s still oppressive. I comment, at my long table, that I’m finding motivation hard to come by. There are murmurs of general agreement. Someone, not for the first time, suggests I write a diary. She reminds me that we live in a unique place, are in a unique situation. That the likelihood of the virus coming here is considerably less than elsewhere. But, we all agree, if it does come here it will rip this community – with its hugely high percentage of high-risk residents – apart.

But it’s not here. Yet. I can still walk on one of our one hundred and twenty beaches and, as usual, not see another soul. And the sun still rises, spreading glorious colour across the sky over Franklin Sound, as it does in the evening. And the parrots zip around my garden and off over the hill. It’s not yet Day Zero and I’m already envious of their freedom.