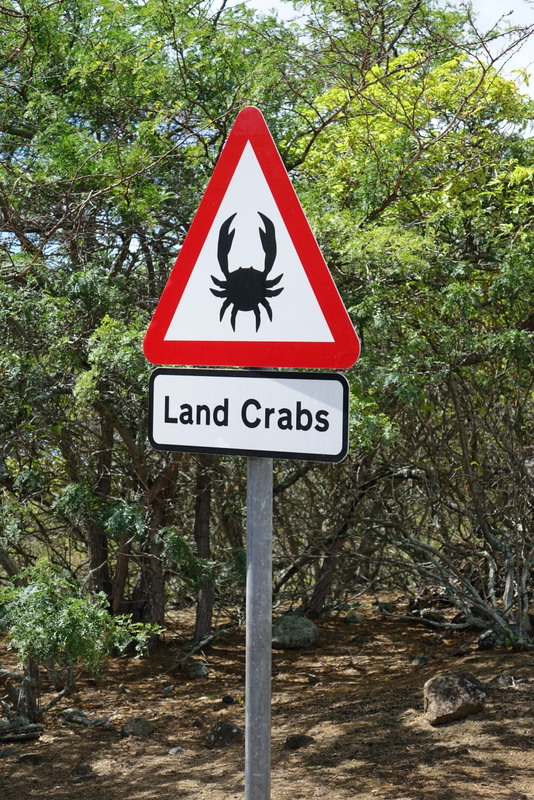 Last post I said that some of the landscape of St Helena reminds me of the moon. I hadn’t yet seen Ascension Island where almost the entire island seems like moonscape. Also a volcanic island, Ascension speaks as you walk. Footsteps crunch on the pumice that forms sometimes natural, sometimes manufactured, paths between the long-cooled rocky lava flows. 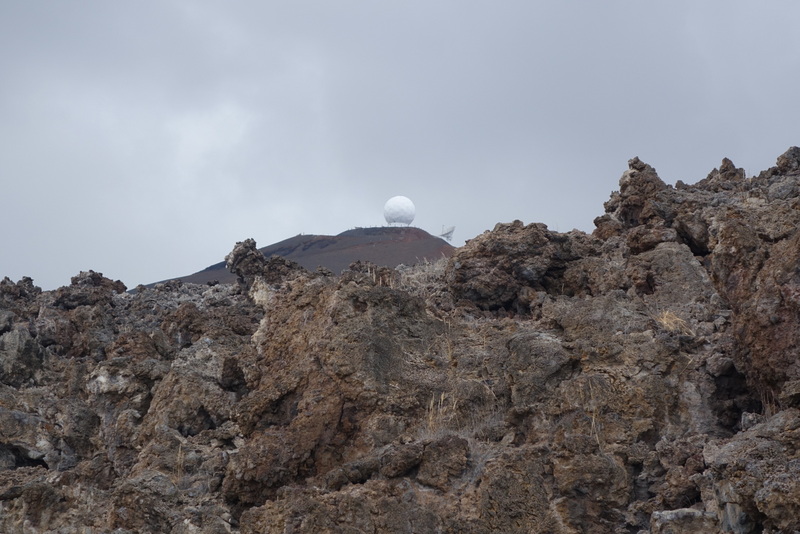 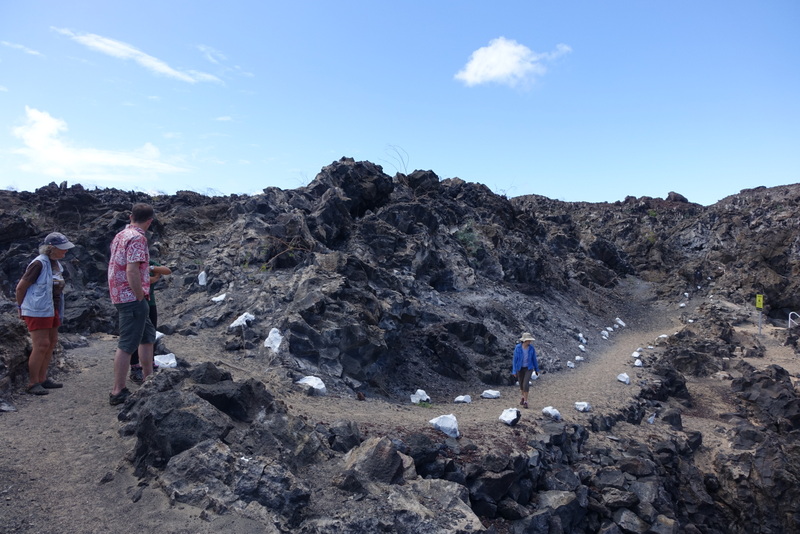 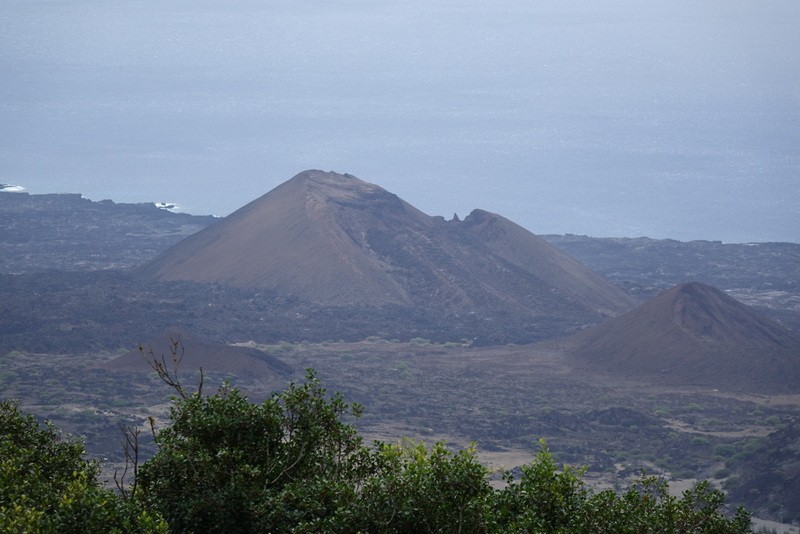 Like Flinders Island, around 800 people live on the island but only temporarily. Two Boats school also has similar numbers to ours (80-ish). There is no permanent residency available: you live there for work purposes only and, I’m told, no matter how long you have lived there, once you reach 70 you must leave. When your offspring turn eighteen, they must find work on the island or leave.

Ascension was an Allied strategic point in the Atlantic Ocean during WW2 and the US still runs a base there and the airport is theirs. The British military ran twice per week flights for military and civilians from the UK to the island. Over Easter it rained so much that the runway’s condition deteriorated and larger planes can no longer land on it. Thus, there is no civilian air-access until about 2020 when the runway is repaired. The only way to get to Ascension is via the Royal Mail Ship St Helena two nights on from St Helena Island. Leaving from Cape Town on day one of the voyage, it is day nine when you arrive on Ascension. The US is still running their usual military flights. Wideawake Airport has the second longest runway in the world. It was built as an emergency alternative landing strip for the space shuttles although NASA no longer has much of a presence there. 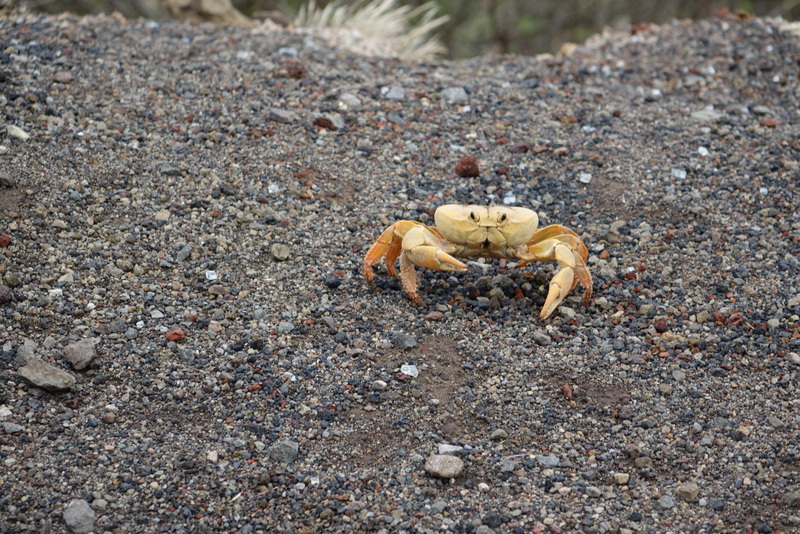 Crabs that have evolved to be primarily land-dwelling are also a traffic hazard but are treated with respect by the local drivers. Signs dotted around the island give crabs right of way. Donkeys roam wild, no longer required to provide transport. Giant turtles—an estimated 25,000 of them—nest on the beaches but, sadly, not at this time of year. Sooty Terns are called ‘Wideawakes’ by the locals. They are inquisitive, have boomerang-shaped wings, and you can almost touch their smooth white bellies as they fly over you to check you out.

There used to be little by way of greenery and no fresh water source on the island. People—among them Charles Darwin—introduced plants, most of them to what is now called Green Mountain, to make it green and attract clouds. It worked although we were lucky enough to get there during a break in those clouds. 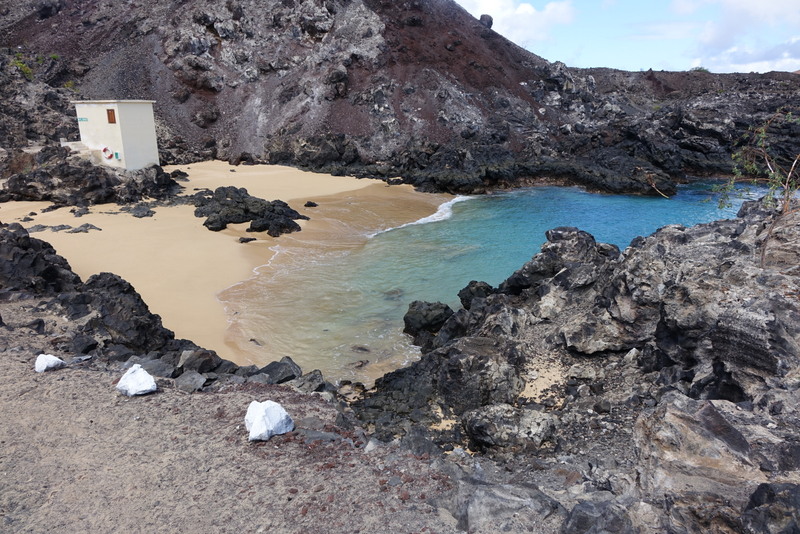 Some other snippets: The Administrator lives in The Residency, a building that was a sanitorium for Yellow Fever patients. We are not allowed a beer while on tour (I don’t argue, even though I’m still fairly sure that’s a breach of my civil rights). The golf course is the driest in the world and is made of pumice. At Comfortless Cove there’s a sign telling of the most recent shark attack—in April this year—and I remember hearing about it on St Helena. The woman under attack (in front on one or more children) and her husband managed to fight it off. She was medivacced out; her family had to wait for a ship (I think a cruise ship picked them up). 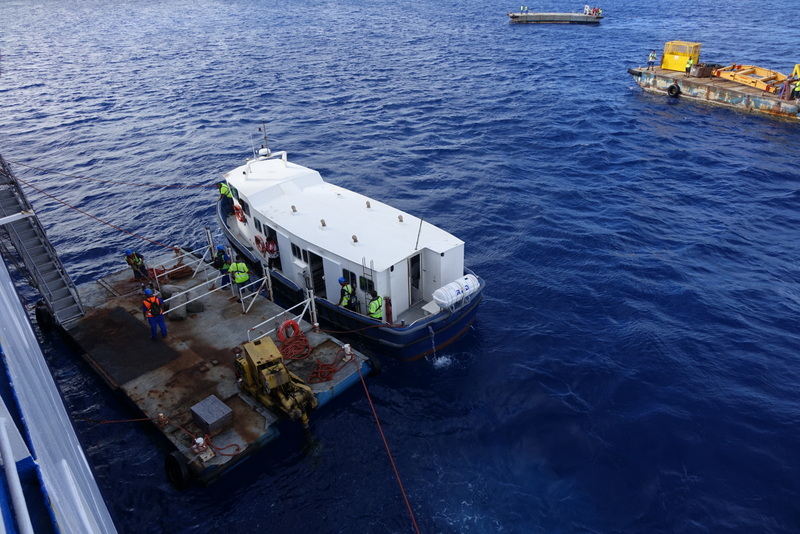 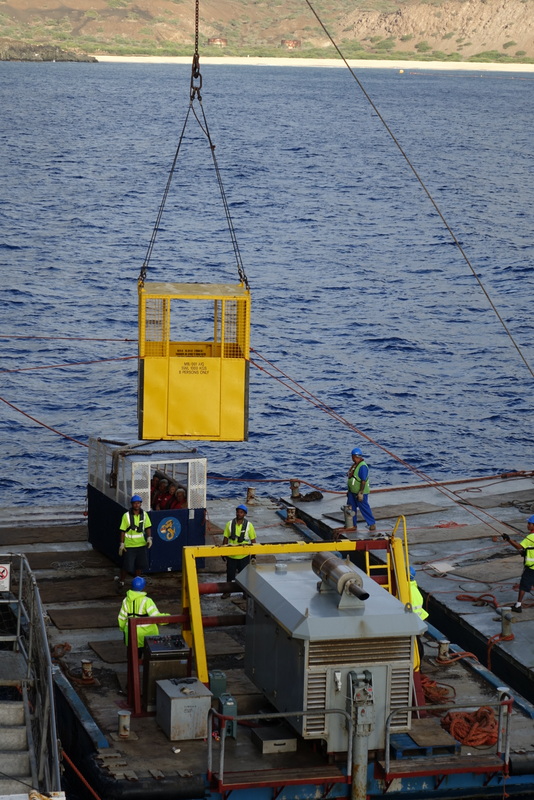 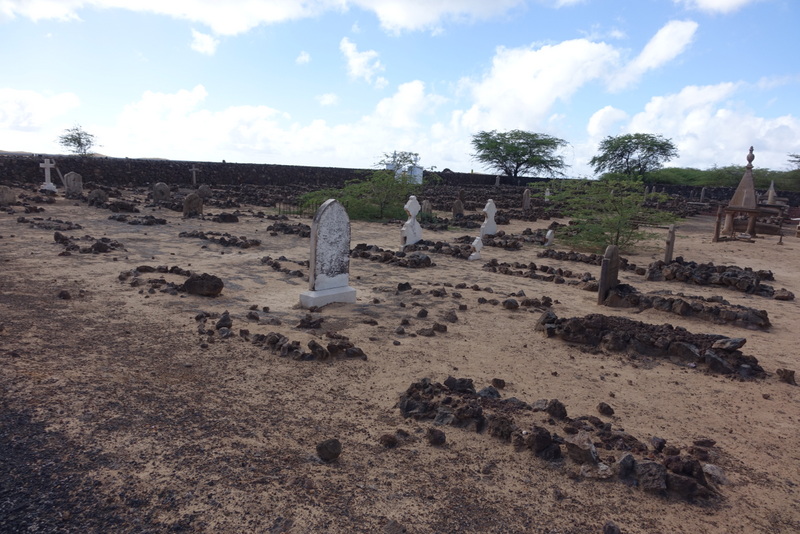 Getting on and off the ship via ferry or, if you are less able, my ‘air taxi’ (that would be the yellow crate) and lastly, if you depart this workd on Ascension you might rest under the rocks.