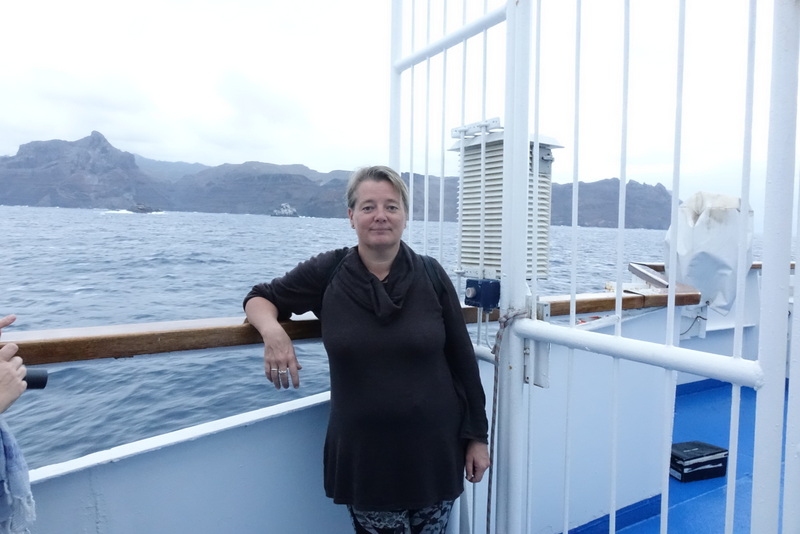 It is now a more than a week since the RMS St Helena departed Cape Town. We were five nights at sea (only one queasy night and I wasn’t the only queasy passenger – very few attended the first dinner I’m told). Last Sunday around 8am we arrived, having been exhausted by rounds of trivia (won by my team), scrabble (won too), bingo (I even managed to win one round of that) and skittles (well, I discovered I’m useless at skittles). So much constant and general frivolity plus a few interesting docos about the island, the South Atlantic and the ship thrown in. I wasn’t the only visitor looking forward to some downtime now we’d landed on this remote island. Of course, that didn’t happen. I, like everyone, made so many friends on the ship and we come across each other daily (even hourly). And, of course, now there are a whole bunch of new (local) friends to make. And the ‘Saints’, as they call themselves are an amazingly friendly bunch. You can’t walk down the street without greeting every person you pass.

Internet is very expensive (of course, everything is expensive, St Helena is in the middle of the Atlantic Ocean) so I’m not sure how many posts I’ll be able to do but we’ll see.